The towns along the Sea of Japan around Fukui and Kanazawa welcomed in 2015 with more than enough fresh snow. Happy Year of the Sheep everyone! Look forward to plenty more posts this year on Inaka Biking now that I’m back on deck with a new laptop after my faithful Sony Vaio Z decided to retire itself on Christmas Eve. 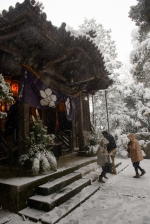 People pay their respects on their first visit to their local Shinto shine for 2015. 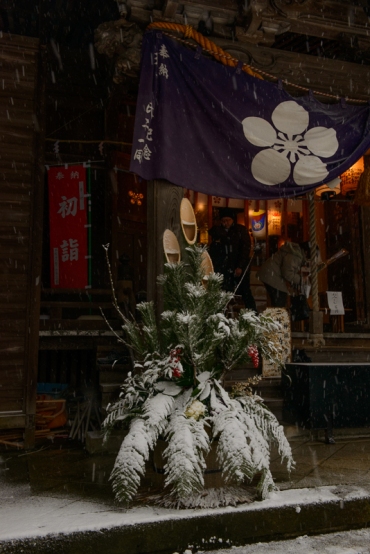 Entrance to a Shinto shrine.

A worker clears snow from the bowed over bamboo at a shrine.

Bamboo struggling under the snow.

Snowy path beside a river.

Lanterns at a Shinto shrine.

The last of the persimmons.

Too cold for a dip today.

Mother Nature won’t get your vote. 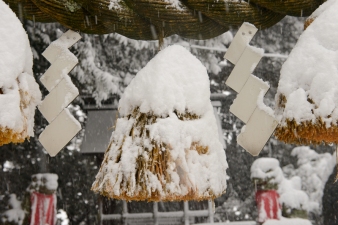 Sacred adornments at the Shinto shrine.