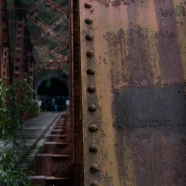 Posted by Claire Usmar on March 3, 2015 in Historical, Photos | 4 Comments

Train buffs and hikers alike can follow the old abandoned JR Fukuchiyama line for six kilometres through the Mukogawa Gorge (武庫川渓谷) in the mountains between Osaka and Kobe for a nostalgic adventure into Japan’s industrial past.  The trail runs between Takedao (武田尾) and Namaze (生瀬) Stations on the new JR Fukuchiyama Line which runs from Osaka. Do the trail from Namaze and you can refresh at the onsen in Takedao or just indulge in the free foot onsen outside. Don’t forget your flashlight for the tunnels! 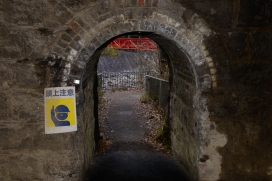 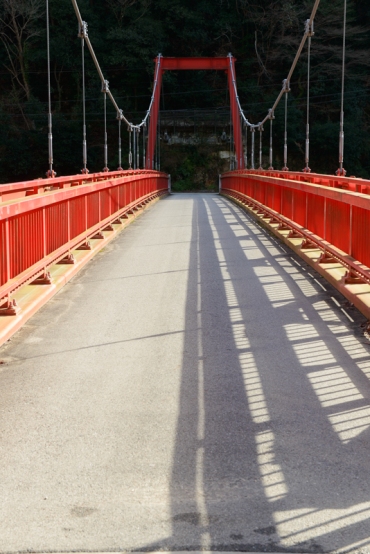 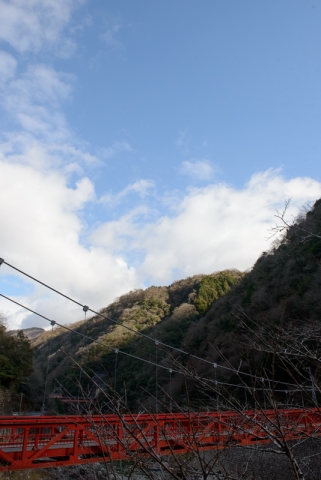 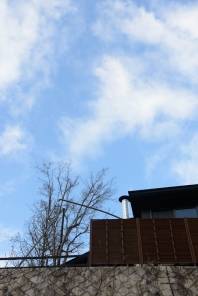 The start of the trail from the Takedao direction.

The route is popular with trail runners too. 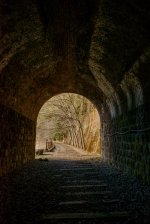 Warning: No lights in the tunnel. 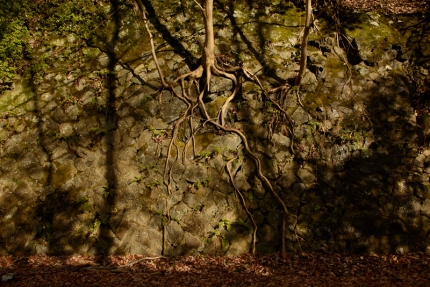 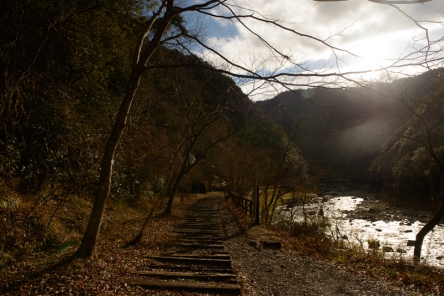 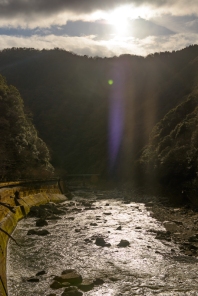 Damage from flash flooding caused by a typhoon. 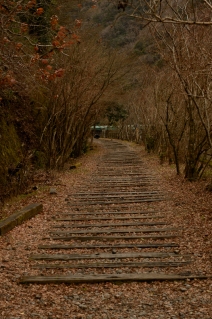 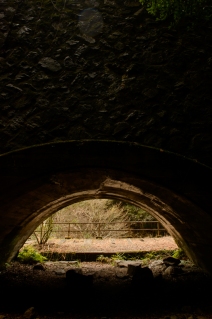 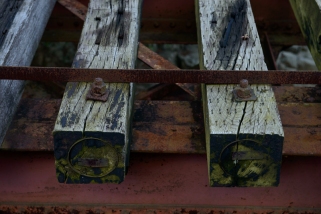 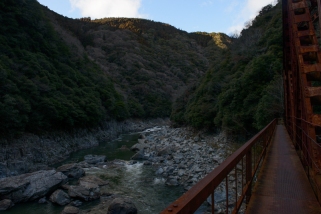 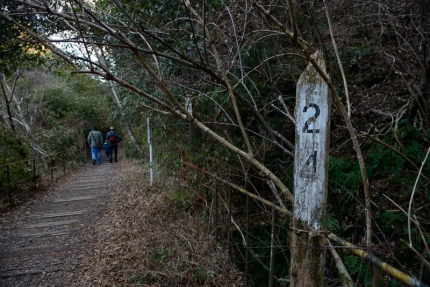 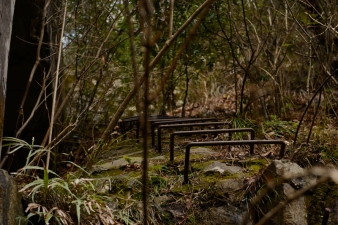 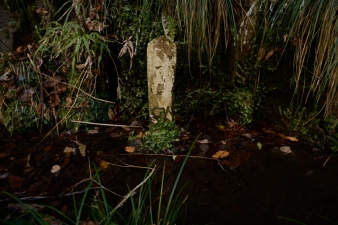 The tunnels are very dark. 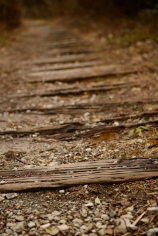 End of the line at the Namaze end.