Posted by Claire Usmar on March 25, 2015 in Cultural, Photos | Leave a comment

Near the mountains in Suzuka, Mie Prefecture, lie two sites of quite different flower power.  The Tsubaki Shrine (椿大神社), whose name means camellia shrine, is one of the oldest Shinto shrines in Japan, while the Suzuka Forest Park (鈴鹿森園) is a explosion of glorious pink blossoms every March as 200 weeping plum trees herald spring’s arrival. The shrine joins in with the flower festivities too, holding several festivals in April while the camellias on the shrine grounds are flowering. 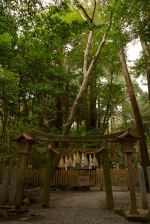 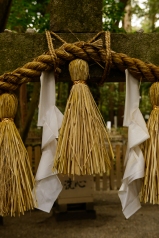 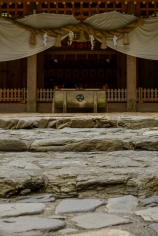 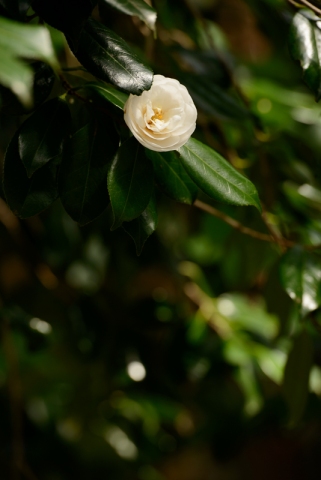 Gold detail on the shrine’s roof.

A visitor leaves behind an unlucky fortune reading. Bad fortunues are later burt. 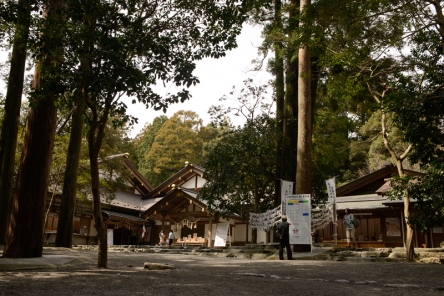 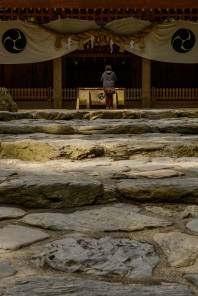 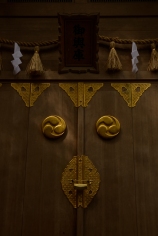 Entrance to the tea house.

Coins tossed into the sacred stream for good luck.

Guardian at the sub shrine. 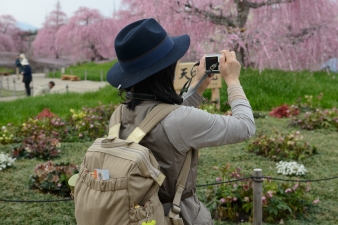 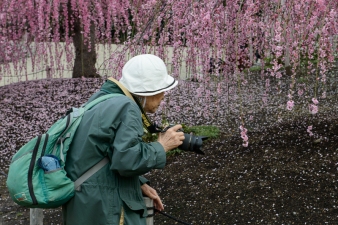 Never too old to get that shot! 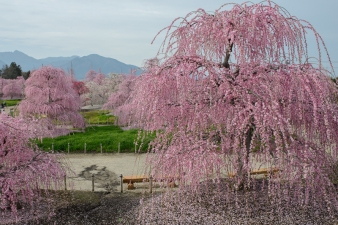 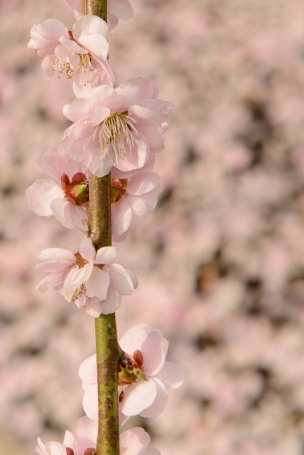 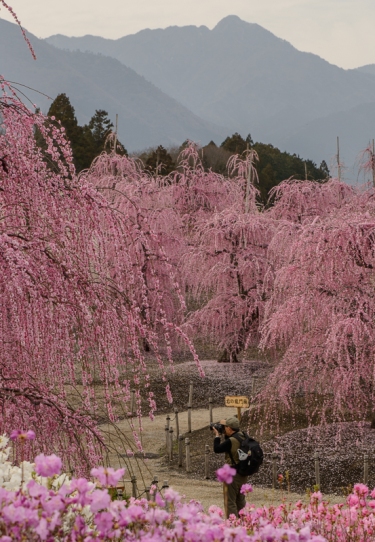 View of the Suzuka mountain range. 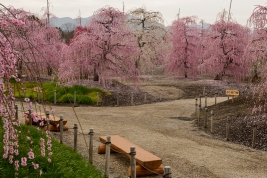 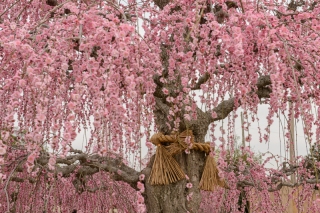 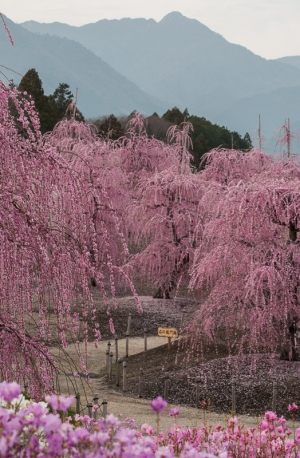 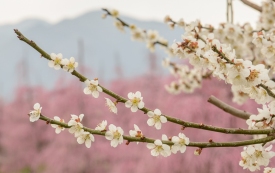